I have been keeping up with the Refashioners challenge going on at Makery, in which a bunch of crafty bloggers repurpose a button up shirt any way they choose. After seeing this tutorial by Erin, I tried my hand at making my own. Erin had already done the hard work,  which made it an easy sunday morning project for me. The whole time I was sewing my four year old sat across from me begging for me to stop and play Connect Four.  Bad mom.  Just kidding! She got her game in eventually. I’m very pleased with the way the shirt turned out and will likely try my hand at the other repurposed shirt tutorials.

A new friend came over for lunch yesterday. While he was helping prep the salad he very thoughtfully took a moment to ask me a few questions about myself. What interested me? What did I want to do now Foos is in school? All I could say is “I don’t know,” over and over. How could I not know? Do I not inhabit this body, this brain? Reflecting after the visit, my apparent inability to articulate my own aspirations and desires left me feeling stupid, silly even. Here was this beautifully eloquent person, making such simple inquiries, and all I did was stammer nonsense. Quite possibly in an effort to not commit to anything, to not be firm. Because firmness, in a weird way, demands action. Waffling on the other hand, the not deciding, can go on forever. Then later on in the day, my neighbor came home from work as I was in the yard waiting for the dog to poop. He sat on the stoop next to me, wearing his business clothes, clean and purposeful. I sat there greasy faced, my hair a nest of frizz, my clothes a glossary of stains for every activity performed that day. I felt embarrassed; I wanted to excuse my appearance, the strain in my voice, the smell on my person. I made the requisite small talk all while shrinking further into myself, wishing to disappear. I am currently experiencing a crisis of confidence, my friends. And that’s okay. I am pretty sure this happens to most people at least once. I just need to trust that like everything else, it will pass, and things will be fine. 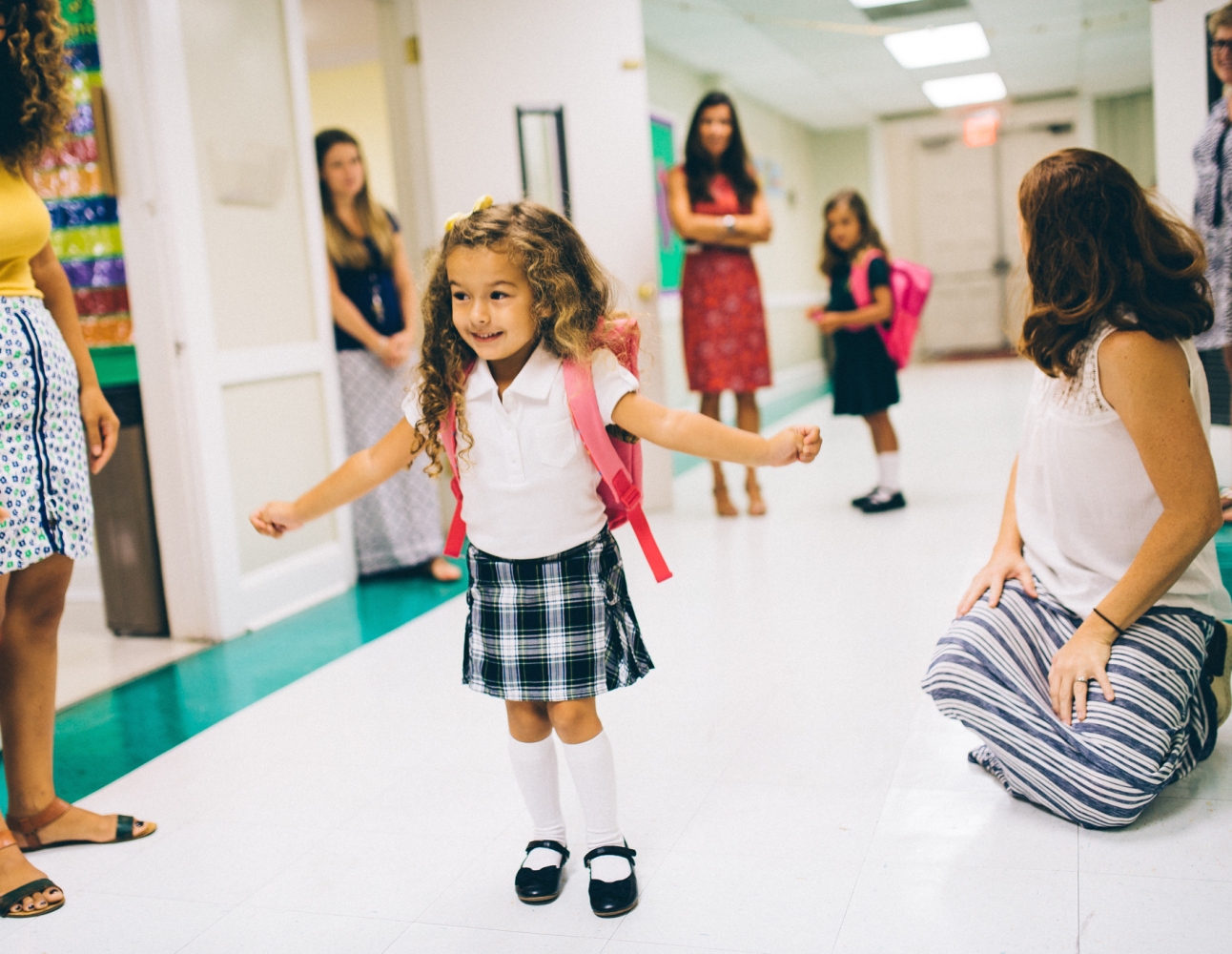 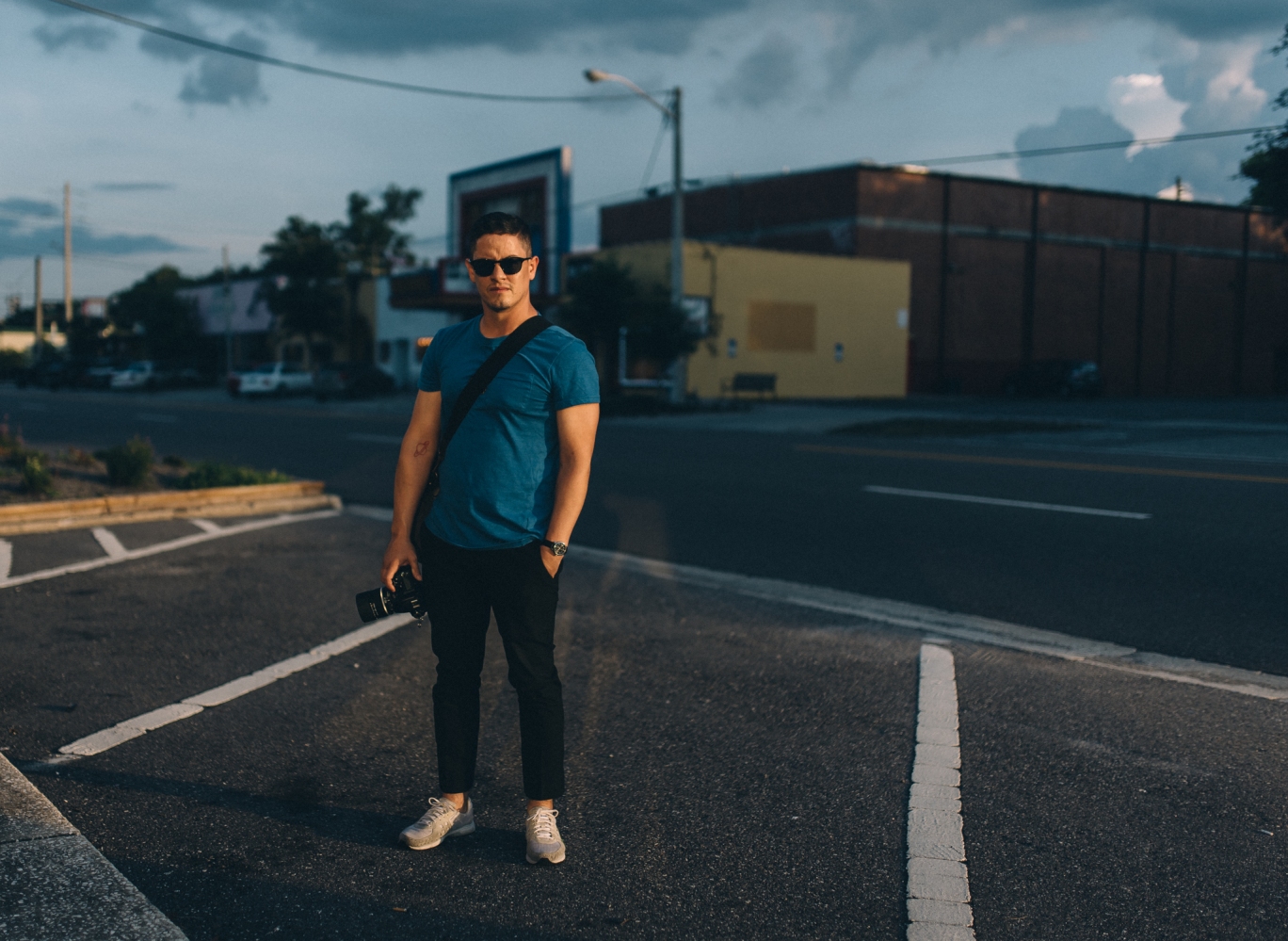 Coffee and exposures at Vagabond Coffee Co. Vagabond started out of a vintage airstream trailer in Hemming Plaza and finally got their own brick and mortar location.  This was Seth’s adventure, but I can’t wait to check it out! 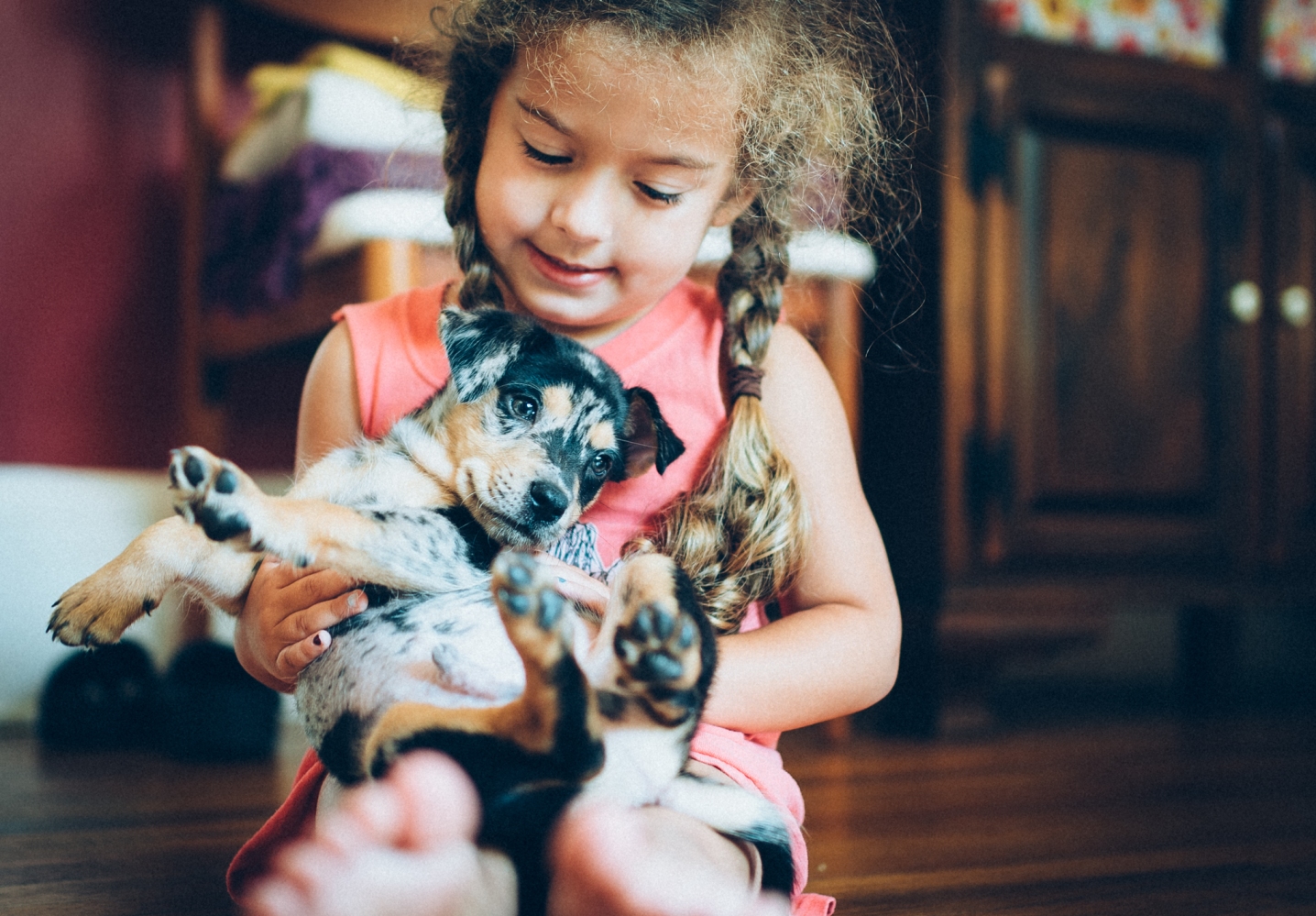 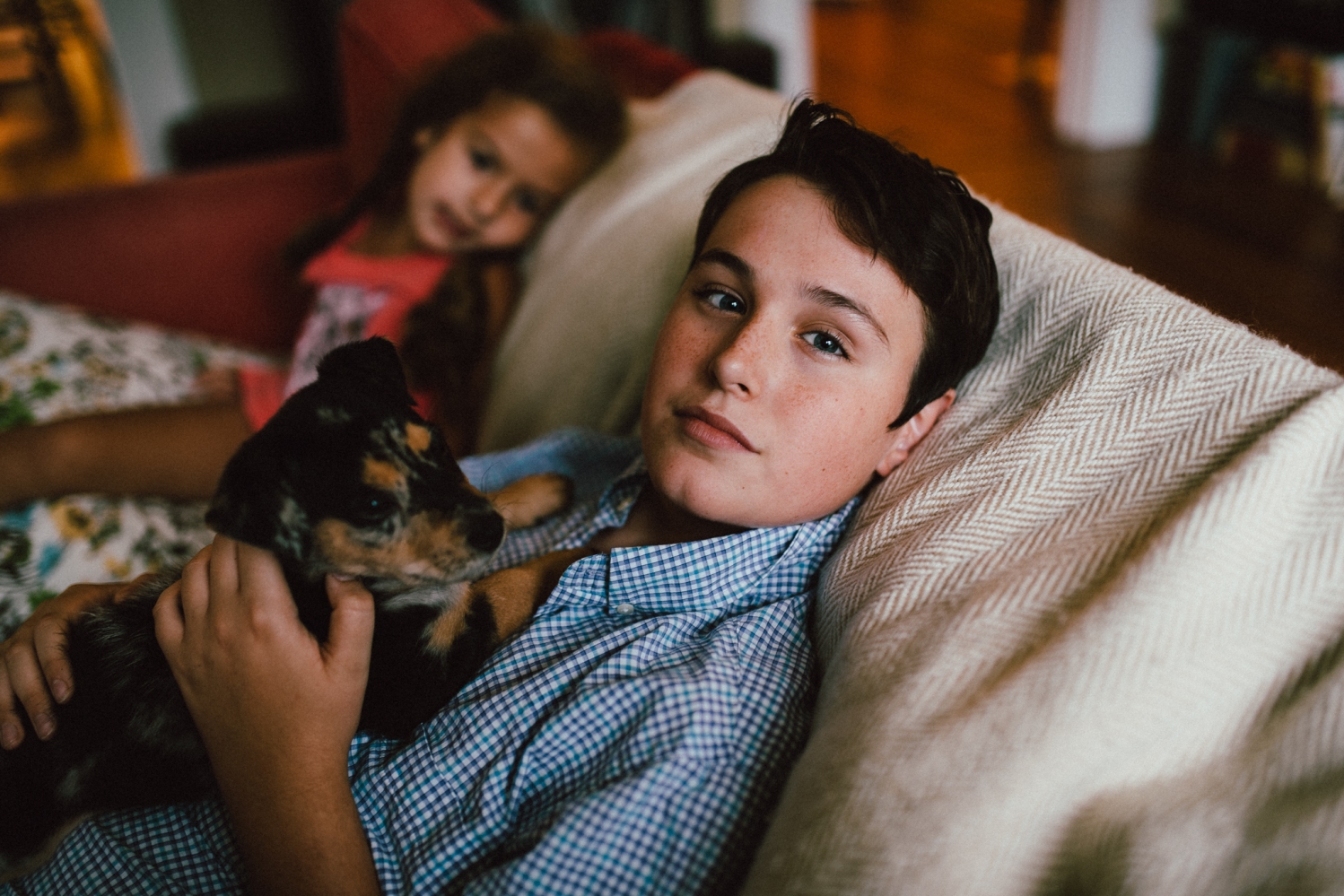 Our little dreamers on the last week of summer vacation.  One on the cusp of teenagehood, another one spending hours away from home for the first time, and the puppy learning not to shit and pee in the house.  They weren’t kidding when they said it all goes by so fast.  It has truly been a banner summer for our tribe. 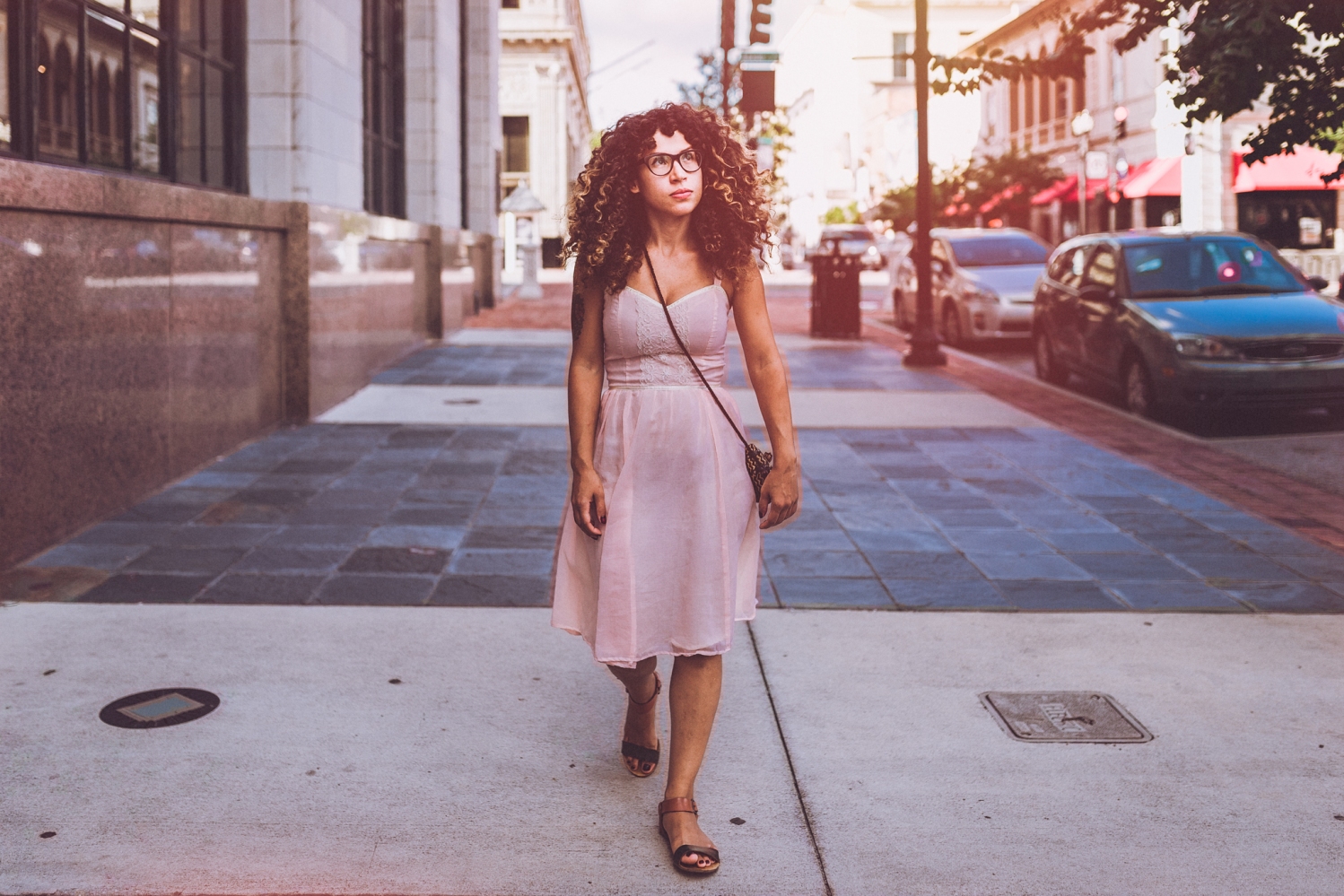 This week’s Library Haul is brought to you by Foos’ current obsession with Star Wars, comic book heroes, and villains in general.

The Story Of Darth Vader outlines the story of the beloved villain.  It chronicles his change from the talented but rule breaking Jedi, Anakin Skywalker, to the feared Sith Lord Darth Vader.  These books use images from the Star Wars movies, which Foos didn’t enjoy as much as the lego scenes because she is four. The DK Readers series is great because they often include a glossary and an index. Because of these books Foos is learning how to use both of those tools, which is a bonus I did not foresee when we checked these gems out.  This is a level 3, which is longer, with a more detailed and complicated story arc than a level 1 or 2, but Foos who reads at 2nd/3rd grade level could do it.

Batman: Fowl Play revolves around Penguin’s scheme to hypnotize Gotham’s birds and get them to steal valuables for him.  Predictably Batman foils his plan.  As an adult, it was hard not to laugh out loud while reading all of the cheesy super hero puns used in this book (including the title), but Foos really enjoyed it.

Foos loves Lego’s. She loves building with them, crying in the lego aisle at target for me to buy them (fucking expensive), and leaving them all over her floor.  I was not surprised the Lego DK readers were her favorite of the bunch. A New Hope chronicles the rebel’s plan to destroy the Galactic Empire’s Death Star weapon. It also introduces young readers to the rebels, including Luke Skywalker and Princess Leia. The Phantom Menace chronicles the discovery of Anakin Skywalker by Qui-Gon Jinn, the invasion of Naboo, and introduces the reader to the Sith and Queen Amidala. These books also include a photo glossary and an index.

I Want To Be Jedi is a guide to becoming a Jedi, which includes the training requirements, Jedi equipment, and how to use a lightsaber, etc. It also recounts the story of Anakin Skywalker. Though no lady Jedi’s were shown, the author of this book took great care to emphasize that boys AND girls can become Jedi’s, which, as the mother of a super awesome girl, I appreciated.  This was a level 3 reader like The Story Of Darth Vader.  Immediately after reading this, Foos asked for a lightsaber.  Good job marketing people, good job. 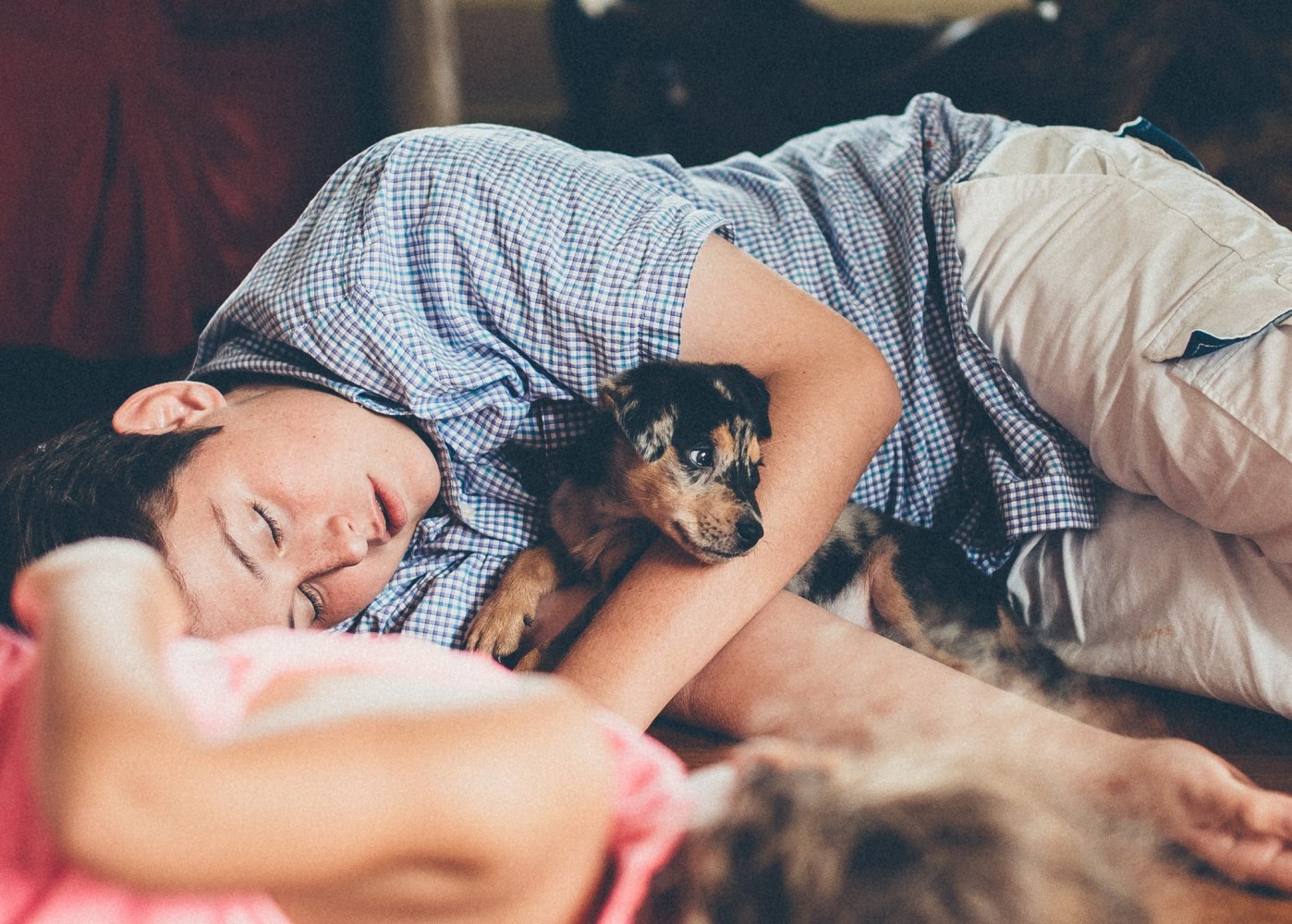 Don’t let the quaint photos of our homestead fool you, this transition period has been kind of hellish.  Foos and I are getting used to our new schedule, and who knew puppies were so similar to newborns?  But it’s just that, a transition, which by definition means all of the current craziness will pass.  I hope. I want my brain back, ha! 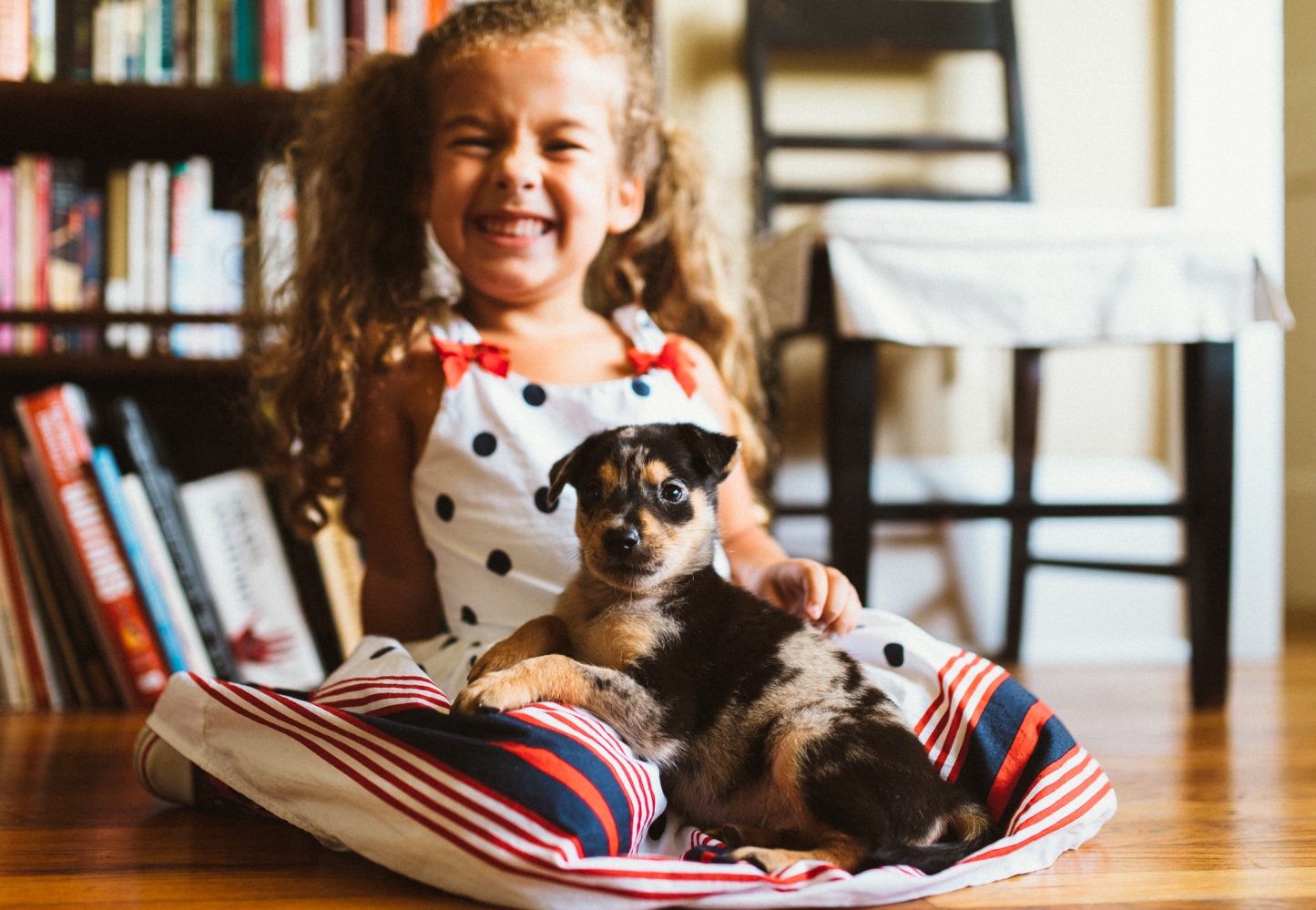 Here is the newest member of our family, Banjo! He is a rescue pup, a big baby, and kind of perfect in every way. 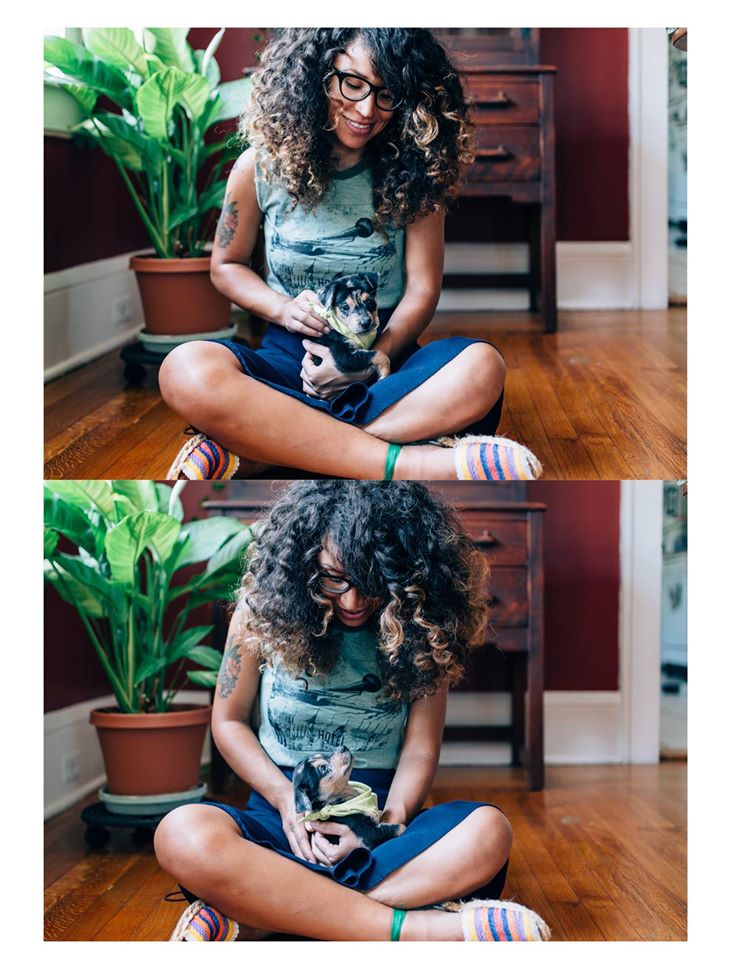 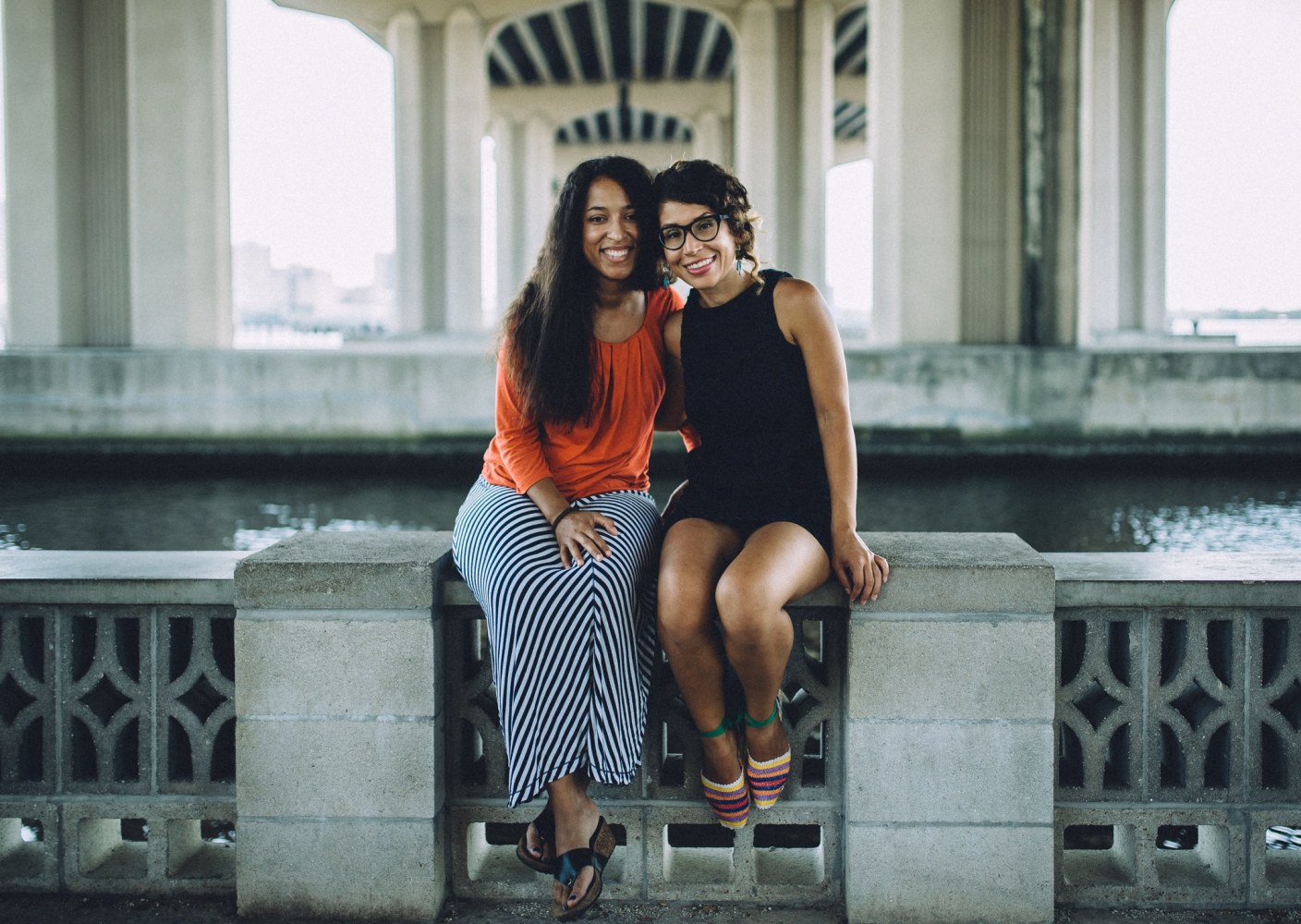 This is a big transitional week for us – we got a new puppy, foos starts school- but it started with a visit from a very familiar face.  April and I met in college (we lived on the same floor) and became fast friends.  She only attended for two semesters, but we’ve kept up with each other now for the better part of ten years.  We always check in, sometimes aggressively, sometimes not. Mostly via letters and drawings, random tokens of shared weirdness.  We’ve kept this correspondence up through moves, marriages, failed pregnancies, her deployment to Afghanistan, the birth of my daughter, my divorce.  In this way April has been there for me through every major occurrence in my adult life, even though we’ve only really seen each other a handful of times since college.  It was only fitting then that she would be present for these ones, too.  She left yesterday and I already miss her like a phantom limb.

an old cigar box I turned into a jewelry box by butchering my nudie books (sacrilege, i know!) and some mod podge, as a gift for April’s birthday.

I baked this carrot cake during the visit. It was the fattest most deliciously satisfying thing I’ve had in a while.  I will definitely be baking this one again. 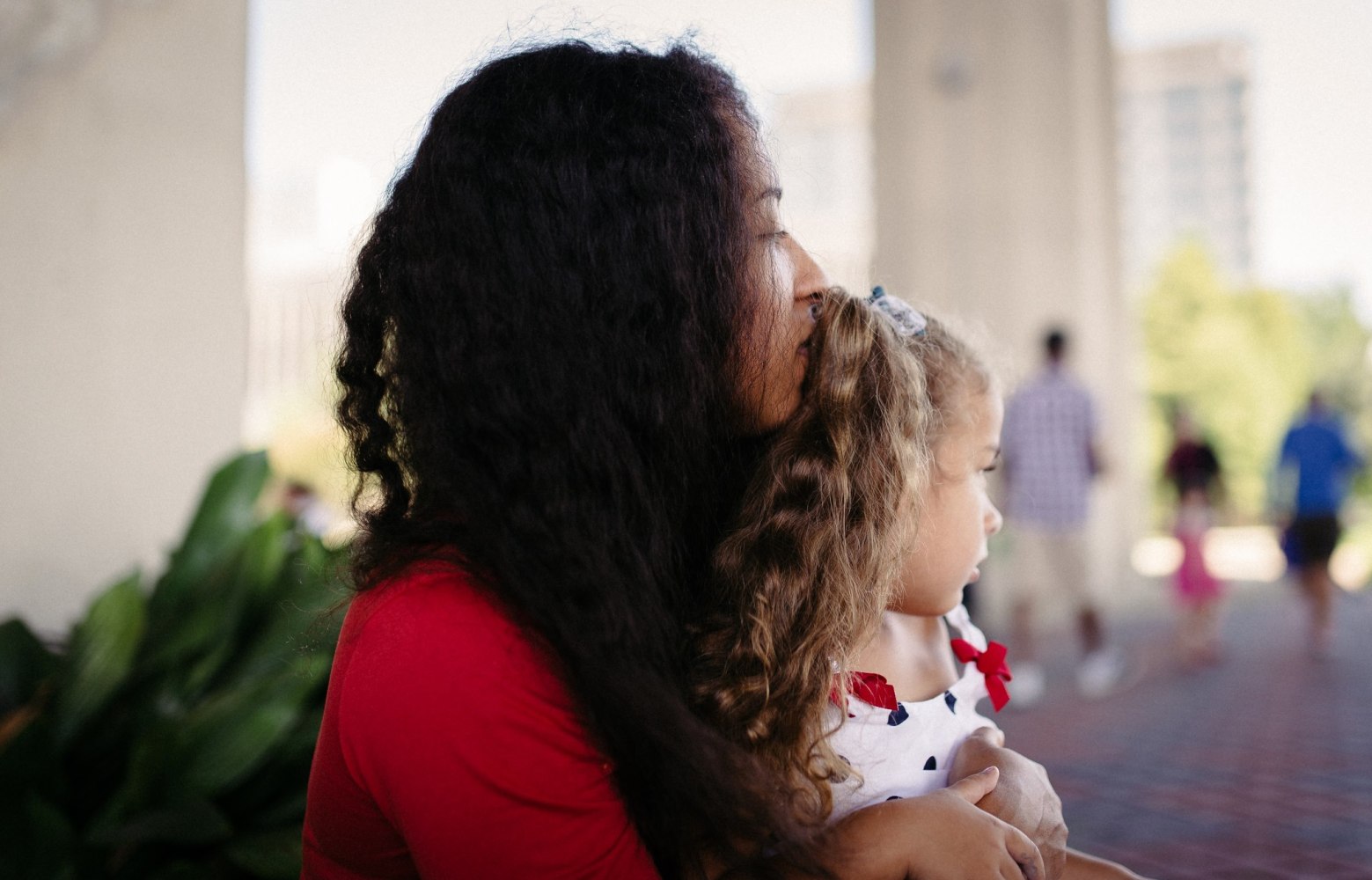